Other students are relieved to hear the woman was able to get away. "Go heels," Gina Serck said.The suspect is described as a white man, 18-22 years old, 5' 10" with short dark hair gelled to one side. He was wearing a white shirt and black vest. If you have any information, call Vermillion police at (605) 677-7070.
Posted by PERSONAL SAFETY, LLC at 6:47 AM 2 comments:

A UC Berkeley student who was sexually assaulted on campus in December reported the incident to UCPD last Wednesday.

The student was walking by the southeast entrance of Martin Luther King Jr. Student Union at 2 a.m. when she was grabbed from behind by an unknown suspect.

The suspect was described as a white male, 6-foot-2 in stature, 18 to 22 years old and smelling strongly of marijuana. The suspect did not appear to be homeless, said UCPD Lt. Doug Wing.

The student was able to fight off the suspect and escape, according to a police report.
Posted by PERSONAL SAFETY, LLC at 6:25 AM No comments:

A 22-year-old student told police she was assaulted by a man after she exited Wells Hall.

The woman told police the man grabbed her inappropriately and made obscene comments soon after she exited the building.
Posted by PERSONAL SAFETY, LLC at 6:22 AM 1 comment:

The sexual assault of a woman who was attending a fraternity party early Saturday has prompted the University of Washington Police Department to issue a warning to students.

The victim is a 19-year-old woman who was attending a party at a fraternity in the 4700 block of 17th Avenue Northeast with a friend, Seattle police said. She is not a UW student, campus police said.

The woman was leaving a bathroom when she was met by two men she didn't know. The men took her someplace nearby and sexually assaulted her at around 1 a.m. Saturday, said police. The victim was taken to a hospital by her friend. around 5:40 a.m.
Posted by PERSONAL SAFETY, LLC at 6:26 AM No comments:

A sexual assault in a fraternity early Saturday followed by a mugging on fellow UW student Sam McHaney and his friend has her scared, and angry that more isn't being done to curb the violence.
"Even though there have been arrests and they say that they’re doing things it’s just not happening. There’s not that like fear of getting in trouble any more,” said Erin.
Posted by PERSONAL SAFETY, LLC at 2:46 PM No comments:

Students have told the media that a fight broke out during the party, and that usually the parties are not violent at all. As a student from a nearby college, I agree that there is not much violence on the local campuses, however many of the local colleges, including Amherst have open parties that are often dangerously over-crowded.

Amherst is well known as a highly regarded academic institution, but in the area Amherst is also known as a great destination for parties. Unlike some of the neighboring schools, Amherst does not have much security at their parties, meaning anyone can walk in and join in on the fun.

Because of their reputation for throwing great parties, Amherst seemed like a great place to go on a Saturday night. I have gone to two parties at the dorms at Amherst, and both were terrible disasters. While no one was nearly killed while I was there, I will definitely never go to a party there again.

The first time I went to a party at Amherst, it was the middle of winter and I went with one friend. We were able to simply walk into the dorms and join the party. The rooms were incredibly dark and so crowded that it was almost impossible to walk through them. During the middle of the party, the fire alarm went off and we all had to stand outside in the freezing cold. After a few minutes, my friend and I just gave up and went home. If the party on Saturday was as crowded as the party I attended, it seems very plausible that someone could get stabbed and people would not even notice.
Posted by PERSONAL SAFETY, LLC at 6:39 AM No comments:

Police say two men tried to get another to come off his deck to fight them. When the man refused to leave his home, police say the suspects broke down the door of the apartment and beat up the three young men inside. Police say the victims were bleeding but did not seek medical attention.

Two of the assault victims are ECU students; one goes to N.C. State.
Posted by PERSONAL SAFETY, LLC at 6:31 AM No comments:

Three suspects are accused of the rape of a college student last spring.Sheriff's department officials said Vincent Barnett Jr., 21; and Robert Melgoza, 20; were taken into custody Wednesday. A third man, Brian Shippee, 21, was already being held on an unrelated drug charge.The victim, an 18-year-old woman attending Palomar College, told investigators she was attacked May 13-14 by the men in Vista and San Marcos. Contact with the group was initiated via a MySpace page, investigators said.At least one of the suspects had a connection to Palomar College, the paper reported, though the man was not taking classes at the time of the alleged attack.The men face multiple charges in the case, including kidnapping with intention to commit rape, rape, sodomy and forced oral copulation.
Posted by PERSONAL SAFETY, LLC at 5:57 PM No comments:

UT student assaulted, run over
10:24 PM CST on Wednesday, February 4, 2009
By NOELLE NEWTONKVUE News
A UT student is robbed then run over. Police fear the next assault could have a more tragic ending.

In the early morning hours of January 19th Delaina Leroy was walking to her car at the corner of 4th Street and the southbound lanes of IH 35 when she says her purse was ripped from her shoulder.
"My car was literally parked where that green truck is. I was so close to being safe," said Leroy.
“There was enough force to break my watch.”
She was in the moment of fight or flight. She chose to fight and ran after the man who she can only describe as Hispanic.
"My keys were in there, my phone my wallet,” she said.
When they got to the corner of 5th Street and Sabine, she says he jumped into the passenger side of an older model maroon Chevy Impala with a large white oval shaped decal with flames on the rear window.
"He proceeded to peel out and hit me and that's when I rolled over his hood and my arm got stuck under his wheel and he ran over it," she said.
APD Detective Kevin Covington is worried these violent thieves may strike again.
"No one stopped to help. No one called with witness information," said Covington. “If they do it again, somebody could be killed or badly, badly injured so we definitely want to get them identified."
Leroy still cannot use her left hand due to a fracture and tissue damage. Her knee is also injured, but she says the physical pain is nothing in comparison to the emotional damage.
"It really rattles my safety and my sense of security and my overall independence. There are so many people out there that could be in potential danger," she said.
Posted by PERSONAL SAFETY, LLC at 2:43 PM No comments:

Police looking for suspect in sexual assaults on the U of M's West Bank
By Rhoda Fukushima rgfukushima@pioneerpress.com

University of Minnesota police are looking for a man suspected in three incidents of sexual assault on the University of Minnesota's West Bank on Thursday morning.
Police said the criminal sexual contact involving inappropriate sexual contact happened around 8:30 a.m. In each case, the man rode up to the woman on a bike, reached from behind and grabbed her genital area, according to police.
In the first case, the female student was walking on the West Bank Plaza near Anderson Hall when the assault occurred. He fled on the bike toward Wilson Library.
Minutes later, the man assaulted another female student near 19th Avenue South and Washington Avenue.

The man fled and the second victim saw him do the same thing to a third woman nearby. That victim has not yet contacted police. Police are encouraging her to do so as soon as possible.
The man is described as black, about 29 to 39 years old, with a tall, thin build and dark complexion. He was wearing a green hat, brown coat, white tennis shoes and sunglasses. He was riding a red bike.
Campus police are investigating these incidents as well as a similar assault Dec. 9.
Posted by PERSONAL SAFETY, LLC at 9:04 AM No comments: 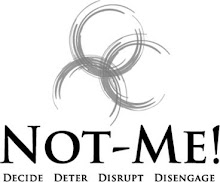 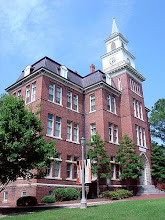